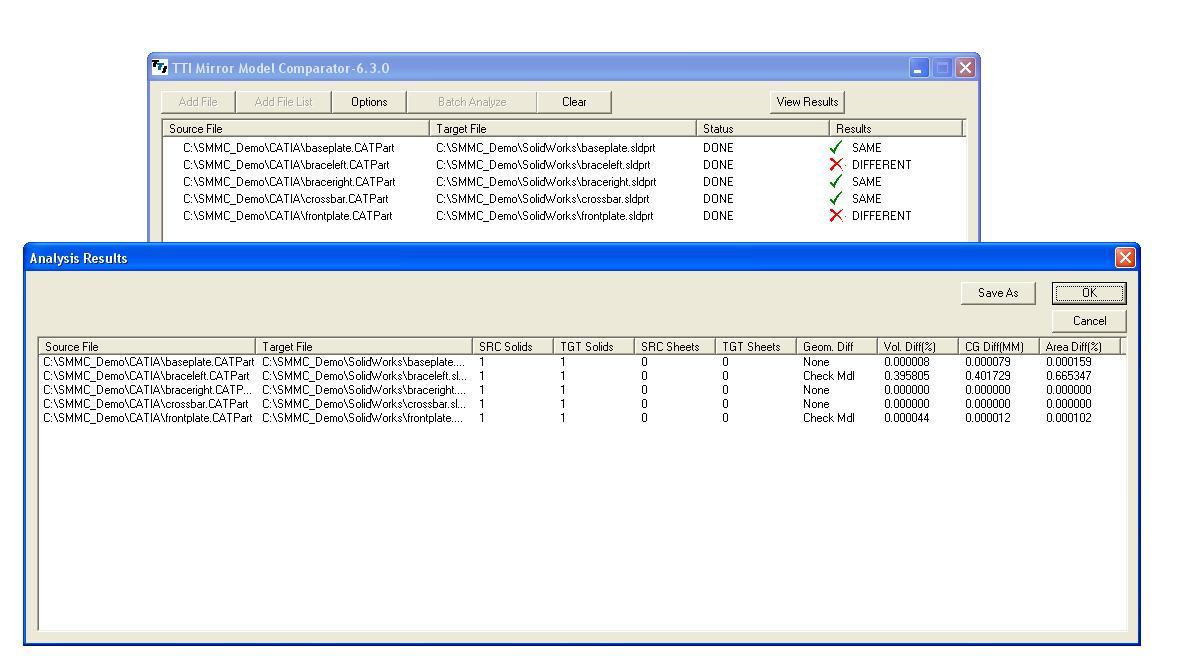 The Mirror Model Comparator (MMC) is a proprietary patented geometry verification system that ensures a high-level of accuracy in the feature-based translation of a CAD file from one commercial CAD/CAM system to another. Although the MMC is a module of the Acc-u-Trans translation engine, it has been designed with the ability to compare models translated in any way. This technology is confidential to Translation Technologies.

The Process of MMC

The MMC shows you if there are any differences in geometry between the original source model and the newly created target model.

The analysis for detection can be run in two modes:

Although the MMC can be run in just one of these modes, some categories of discrepancies could go undetected in forward analysis only, but would be detected by a subsequent reverse analysis process and vice versa. Running the analysis consecutively in the two modes provides additional confidence that the translation was accomplished correctly.

Once the differences are detected, this data is then presented in an analysis report. In addition the information is visually displayed in the target model for both forward and reverse analysis. This enables the discrepancies to be observed in a very quick and effective manner. In addition, changes can be made in the target model very easily with this displayed information as a guide. 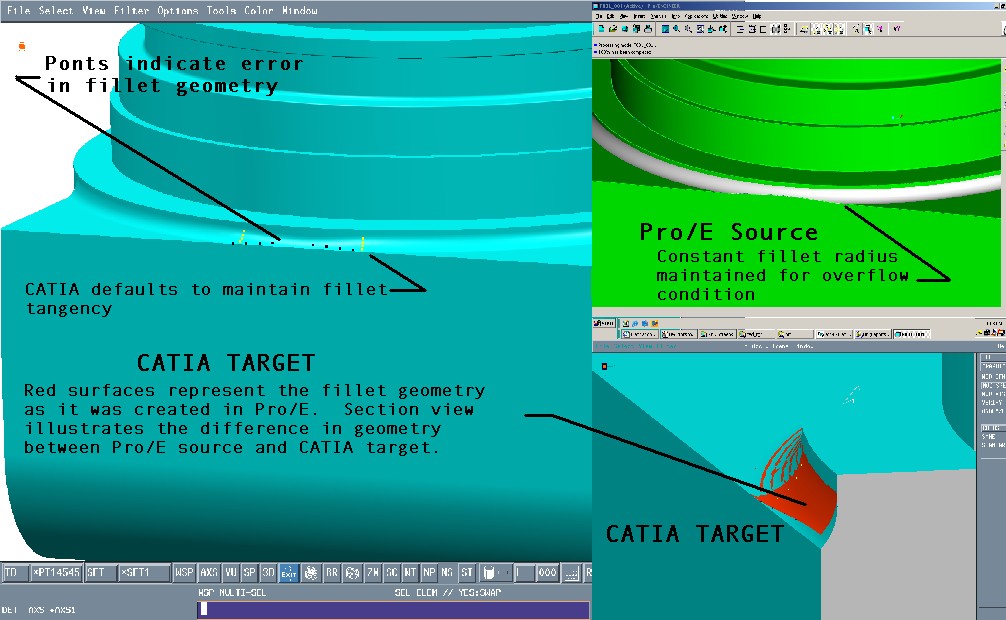 The MMC accepts user input and the user has the ability to set a number of options, such as:

Advantages of the Mirror Model Comparator

For many years designers have relied on comparing the mass properties of the source and target models to determine if the translation is accurate. TTI’s Acc-u-Trans technology uses mass properties comparison during the translation process to assist in detecting certain types of errors. While this methodology has it’s merits and is certainly better than not checking at all, it does suffer from certain limitations. These limitations fall into three main areas: